International scientific conference timed to the 250th anniversary of the birth of M. M. Speransky

16.09.2022 admin Без рубрики Comments Off on International scientific conference timed to the 250th anniversary of the birth of M. M. Speransky 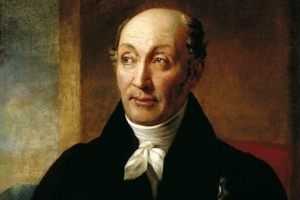 St. Petersburg Institute of History of the Russian Academy of Sciences invites you to take part in the International Scientific Conference “The Great Reformer of Russia: on the occasion of the 250th anniversary of the birth of Mikhail Mikhailovich Speransky (1772 – 1839)”.
The conference aims to a comprehensive study of state activity and the reformist heritage of the largest representative of the Russian administrative elite of the 19th century – M. M. Speransky, an analysis of his contribution to the process of modernization of imperial Russia, the development of its state and public institutions.
The conference is expected to discuss the following issues:

More than 70 scholars will participate in the scientific forum, including leading experts on the history of the Russian state and society of the 19th century from Russia and other countries: historians, lawyers, researchers in the field of economic history and the history of finance, philosophers and social scientists, culturologists, biographers of M. M. Speransky.
The conference will take place on September 22–23, 2022 at St. Petersburg Institute of History of the Russian Academy of Sciences (metro Chkalovskaya, Petrozavodskaya str., 7) and will be held in a mixed online and offline format using the Zoom platform. Conference program (in Russian).
Those wishing to take part in the discussion of the scheduled reports or be present as listeners in a remote format can contact pavilyn1970@gmail.com to gain access to the broadcast on the Zoom platform.

12.09.2022 admin Без рубрики Comments Off on “Archival history” – “Bread and salt” of the Russian economy of the 17th century

About the funds of the Valdai Iversky Monastery in the Archives of Saint Petersburg Institute of History of the Russian Academy of Sciences, which reveal a very interesting panorama of life in Russia in the second half of the 17th century, says Doctor of History Pavel Vladimirovich Sedov in the program “Archival history” on the radio “Grad Petrov”.

Lost during the Civil War. The issues of identification of the remains found in the Peter and Paul Fortress

09.09.2022 admin Без рубрики Comments Off on Lost during the Civil War. The issues of identification of the remains found in the Peter and Paul Fortress

The new season of the scientific and educational program of SPbIH of the RAS “Discussions in the Likhachev House” opened on September 6, 2022 with a meeting with the historian and museum worker, Ph.D. Irina Alexandrovna Karpenko, Scientific Secretary of the State Museum of the History of Saint Petersburg. She spoke about the results of the unique investigations that she and her colleagues conducted to establish the names of people whose remains were discovered at the beginning of the 21st century on the territory of the Peter and Paul Fortress.

07.09.2022 admin Без рубрики Comments Off on “Whether to give a battle or leave Moscow” – a note on the military council before the battle of Borodino

210 years ago, on September 7 (August 26, O.S.), 1812, the Battle of Borodino took place. The virtual exhibition presents a document from the Vorontsovs’ collection about the military council before the Battle of Borodino. The author of the document captured one of the most important stages of the discussion, when the question of the need to fight was raised, briefly reflecting the opinions he heard of several generals of the Russian army.

05.09.2022 admin Без рубрики Comments Off on Documents of personal origin about everyday life during the Great Patriotic War – International round table

In order to promote the formation of a united space of historical memory and strengthen bilateral scientific ties, St. Petersburg Institute of History of the Russian Academy of Sciences and Minsk State Linguistic University are holding a round table on documents of personal origin on the history of military everyday life in the regions of the BSSR and the RSFSR during the Great Patriotic War, December 15, 2022. The letter of information (in Russian).

To the 100th anniversary of the “philosophers’ ships” 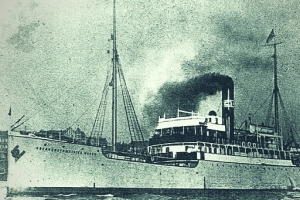 St. Petersburg Institute of History of the Russian Academy of Sciences and the Russian State Archive of Social and Political History invite you to take part in the International Scientific Conference “Philosopher’s Steamboat – a hundred years in the ocean of history: new facts, images, reflection”. The conference will take place on November 17-18, 2022. Newsletter (in Russian).